We start with the most important one the World of Wonder list, 5 WWs was building. 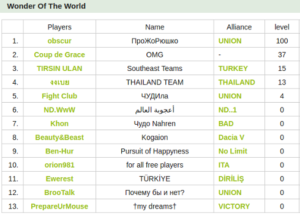 Next is General, how many players finished the server?  More then on a normal server, 2/3 stayed to the end.

The biggest alliances, many of them from RU-meta. GO, Germany meta is the exception, nice formed cluster, seems to have fought mostly with Vietnam due to conquered villages. 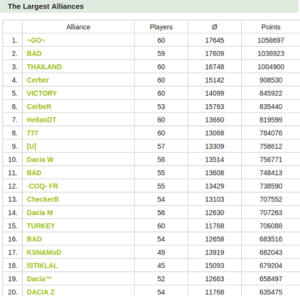 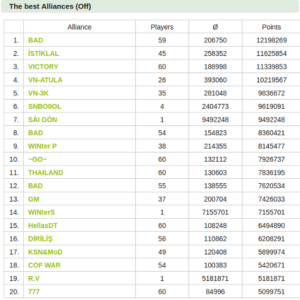 WINter reorganized for some reason, leaving one player to hold the alliance points. 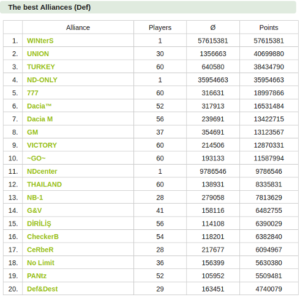 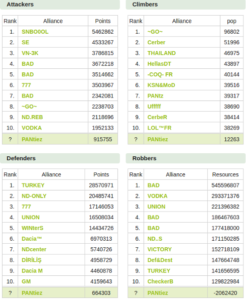 The individual lists is more s sort of “alternative facts”, all isn’t what it seems to be. There are many ways to get high points without being a real participant ingame.

The pop list,  if you like to build a gauls traps is the base. Nice number of pop. It’s a record, Last one stayed on precisely 100.000 pop if I remember right. 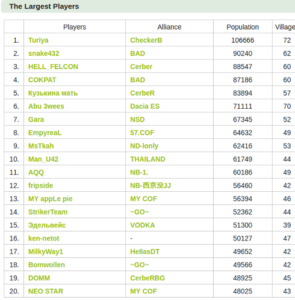 Attackers list . You need big hammers and often used to get that points. Anyone seen reports?
On the second half  we have the players we are more used to cause red swords. 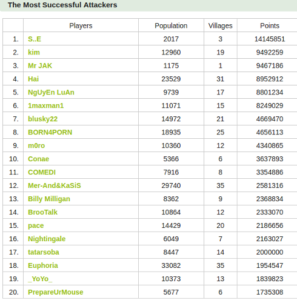 Have ever before the second WW had more then the first one? Congrats 🙂 We have seen reports from most of this players, it have been about WWs or artefacts or WWKs. So what did the guy on second rank had that gave him those points? Shouldn’t reports of that magnification as it must have been reached us? 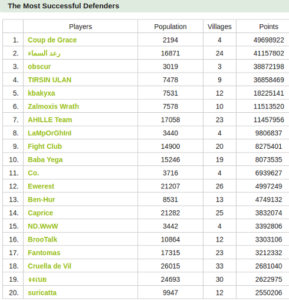 The last weeks Top10. An important week to get points if you compare this with the lists above. You can also compare Action who is on 7 rank and which WWK was the biggest hammer this round with rank 1, I’m very curious on what he killed. 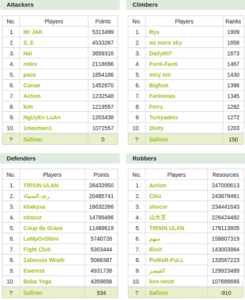 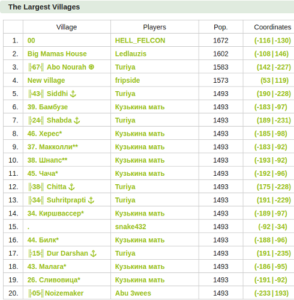 Heroes. I wonder what that have cost, Did he buy every scroll? 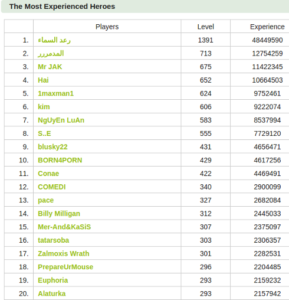