Endgame have started. A bit different then last time, when I write this all WWs are taken. Arabs was first. Personally I think that the server can’t support more then 3-4 WW due to the amount of deff that is needed – but that of course also depends if an amount enough of catas hammers have been built.

I’m happy to see that my opinion to not wait until last minute to send WW hammers seems to be shared. We have already have most WW zeroed or seriously damaged. But more about that later.

First of all – the Building plane report:

I have counted alliances Top 150.

Russians started the early hammer attacks against WWs. They have crasched both Eastern Europe, Poland and REV WW. 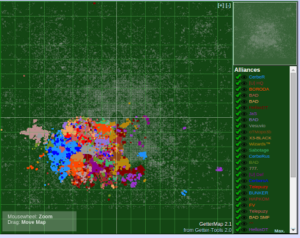 This meta is in two parts that both wants to have the winning WW. Eastern Europe 23 alliances, 914 players. Poland 5 alliances 280 players. In total 1194. (I could have missed some because I didn’t check profiles so close, many are not updated.) 2 WWs, 3 building planes. Poland got 1 from China.

Russians against Logan. Down to zero. 18 million def. 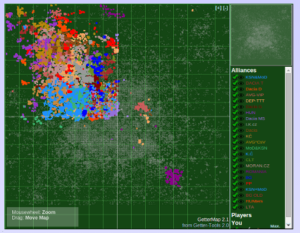 Russians against Poland. Down to zero. 20 million def. 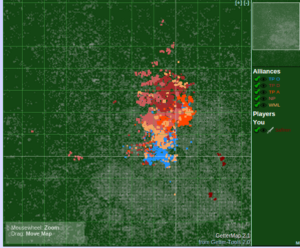 REV-meta now includes some alliances from NE and I have also added some that I’m not sure if they are in meta or not. In total 21 alliances, 807 players. 1 no 2 WW, The last one quite symptomatic for this meta. Players/alliances going their own way.

Building plan lost to Arabs. Nice done. The hero came from a newbuilded village on an empty spot in area not many squares away. Def 300K 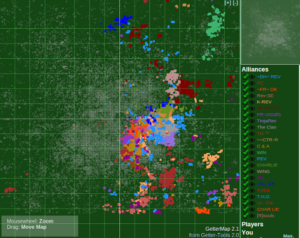 Arabs as Russians had a big advantage when server restarted. The game had been different with those two and Poland in the same quadrant – and a lot easier for REV, a good practical joke is my feelings about it ^^. Arabs do much better this time then the previous rounds but most are not taking them serious.

It can be compared with Russians earlier victorys. They wasn’t respected because they cheated to much. And now Arabs is the ones with too many cheaters, their qualification was a joke with more Natars then players and ally MMs was to 95% about sites where to buy bots. A common happening on this server have been tries to buy accounts with threats involved.

You have to clean up your ranks , my dears, if you want respect. 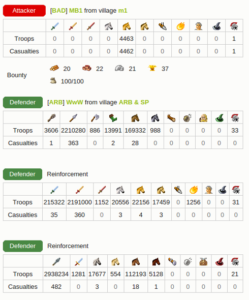 WW down 1 level, No report about def. 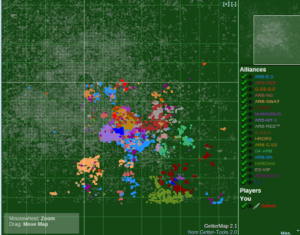 I wondered if this alliances should survive to the end with all those Russians around, but they did. They have formed a WW-meta with 17 alliances and 598 players. 1 WW, no building planes. According to the link I have to their crop tool, if they still use it, it’s a starving WW. Their location isn’t the best for support to WW or for taken building planes when they launched. 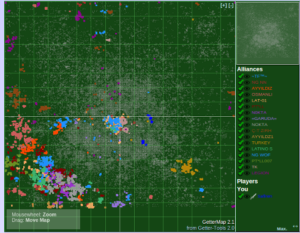 The meta that fell apart. For a while it seemed that they should not be able to go for a WW. Too many conflicts with both the French that joined REV and Poland. I’m not even sure if this 11 alliances and 490 players still cooperate. 2 WWs, 2 building planes, 1 from Dacia. Not building.

China also belonged to this meta in beginning but my guess is that they will support Poland. 3 alliances, 155 players. 1 WW, 2 building planes. Not building. 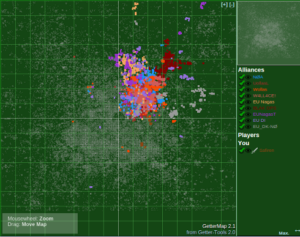 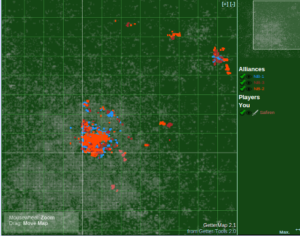 Summary: Russians are still favorites, Arabs is a joker. Will the metas in NW/NE be able to cooperate and do they have hammers enough? Will the ones without building planes be able to either conquer or trough diplomacy get some? Or is it the 4 WW in top that will be the only ones in the WW race?

This is probably my last review from the Tournament. I will not play qualification this summer and I’m very unsure if I will play next Final. To many problems with the game. T4.4 have worked well but whatever Travian Games have done, if the problems depends on the move to cloud servers or not, have destroyed a lot of the pleasure to play. Even thought we got a fair compensation for all troubles I’m afraid it isn’t enough to keep the players.

Travian also have destroyed my health one time too much, now when I’m well again I want to keep it that way and I also have a lot of other fun things to do in real life. 8 years addicted to this game have to be enough.

My special thanks to the Russian forum, it have been 3 very funny years *kisses*

I will for sure miss all players from all around the world that I have learned to know for the 4 years I’ve been writing about the Tournament. Your kindness and patience with me I will never forget.

A lot of hugs and kisses and flowers to you all!