I was going to check what TM was doing and their artifacts. Then I begin to wonder how the artifacts was disposed on the map so I did a gt-map for Roman Guards. Only 77? and NE is almost empty? I checked the RoA.se map too, same thing. We have 52 small and 35 great/uniques, so 10 is missing. (Someone told me that it is also Teutons and Gauls, which counts for the missing ones) 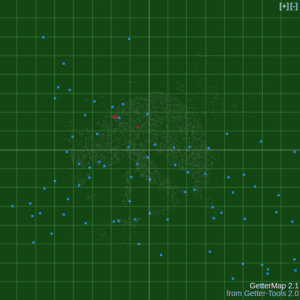 I’ve a bit square minded after all this years with the usual Travian map and to combine the Roman regions with the Europe map gives me a headache so I did my own list and divided them in quads and after geography – and after ally also. More maps 😀 I love maps, it’s much easier to understand the world if you have a map.

One thing that is nice about RoA, I don’t need to check over 200 alliances to find all wings, it’s enough with top20. So 700 players of 1500 is in 16 allys/5 teams that have secured artifacts and have the possibility to have influence on the game.

I also found out that the average player in this allys have ~3000 pop so I’m not far from being average myself. Which makes me wonder what ppl are doing? I’m building very slow, mostly only doing the Dailys, in my opinion many should have more pop then I have. So maybe we are down to around 300 players that are really serious?

Well back to my maps, I start with Lords – again – since they are the biggest confederation.

295 players, still expanding in the North, mostly in NE but also a part of NW. They have 11 small, 5 great artifacts. Nice collection of trainers, diets, eyes and boots. In NE there are 3 regions still without population. No Unique in NE 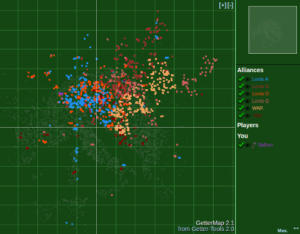 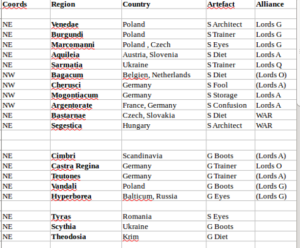 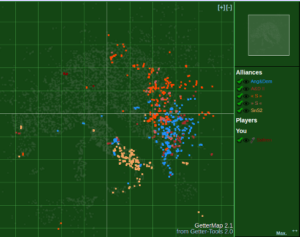 BA/BAF 114 players. I think BA is too splittered, being both in North Africa/Italy and France, BAF are also trying to get a hold in Spain. 6 small and 3 great artifacts. Unique boots. The ally IDTS has crumbled, some left for Lords but most of them to BA.

8 small and 1 great artefact left, many of them in Spain. 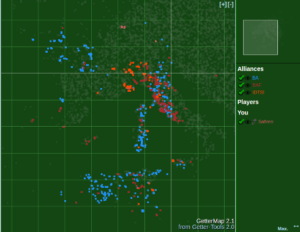 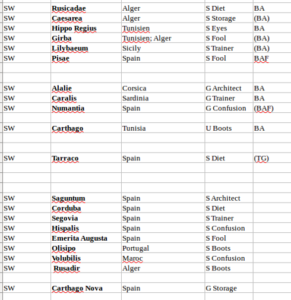 Twelve Monkeys  and ™ has 98 players. They like France and expanding towards Spain and England. 7 small and 4 great artifacts. Unique Architect.
In England there are 3 small, 1 great artifact and Unique Confusion left. 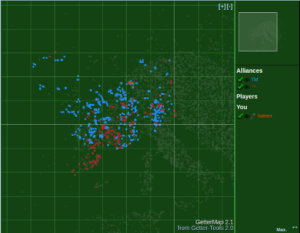 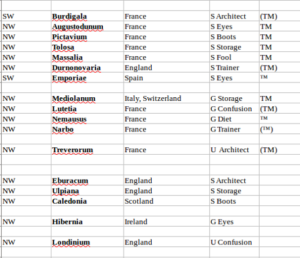 Murx 24 players. The smallest team with highest average pop and most Uniques. Italy, Balkan and Greece is their strongholds. Maybe they want to expand to Turkey and the Unique Diet in Jerusalem. 2 small and 1 great artefact, Unique Eyes, Trainer and Fool.

In SE there are 7 small, 8 great and 1 Unique left. I wonder if all those will be taken? 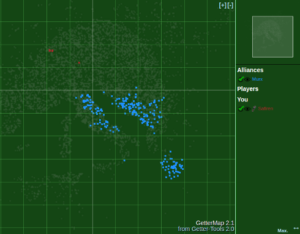 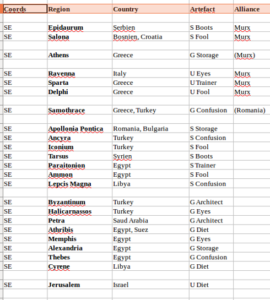